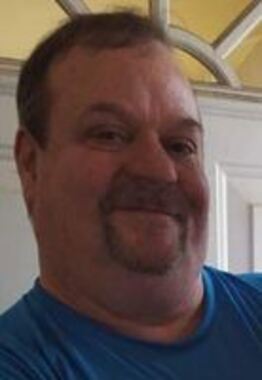 Back to Brian's story

Lawrence - Brian T. Owen 57 a longtime resident of Lawrence passed away unexpectedly on Monday December 2, 2019 at his late residence.
Born on January 21, 1962 in Lawrence, MA to the late Mable A Owen-Lurvey and Frank L Owen, he graduated from the Greater Lawrence Regional Vocational Technical High School, Class of 1981. He was a dedicated machinist for 29 years at Crown, Cork & Seal in South Lawrence.
Brian might have had a rough exterior, but he had a heart of gold. He was always willing to lend a helping hand to his family & friends. He was a total movie buff and an avid sports fan who favored the Patriots and Red Sox. He enjoyed deep sea fishing with friends and was previously a member of the New England APA pool league. Some of his favorite days were spent at the lake with his children, their mother and their granddaughters. The holidays were his favorite time of the year because he got to spend time with all of his family.
Brian is survived by his estranged wife, Rose Owen and their two children Stephen Owen & Amanda Knoepfler and his beloved granddaughters, Rosie Owen and Makayla Knoepfler. He is also survived by his siblings, brother, Frank Owen and wife Jean, his late brother, Alan (Bucky) Owen, his beloved sisters Christine Owen, Joyce Rogers and Kathy Drelick, his brother Richard Lurvey and brother Michael Lurvey and wife, Kate. He is also survived by many nieces, nephews and extended family.
Friends and guests are invited to call on Sunday, December 8, 2019 from 1:00 pm until 4:30 pm at the Kenneth H. Pollard Funeral Home 233 Lawrence St. Methuen. A funeral service will be held immediately following calling hours, beginning promptly at 4:30 PM.. A graveside service will be held at 10 a.m. on Monday, December 9, 2019 at Bellevue Cemetery 170 May St. Lawrence. In lieu of flowers, memorial donations may be made to Joslin Diabetes Center, 1 Joslin place Boston, MA 02215 or online at www.joslin.org. For directions and online guestbook, please visit the funeral home website, www.pollardfuneralhome.com. The Kenneth H. Pollard Funeral Home is honored to serve the Owen Family.
Published on December 7, 2019
To plant a tree in memory of Brian T. Owen, please visit Tribute Store.

Plant a tree in memory
of Brian

A place to share condolences and memories.
The guestbook expires on March 05, 2020.

Coco
Brian Owen BTO. What a guy! We had many years of deep discussions ...(brawls lol) Brian was very intelligent, he knew his UNION contract and was very passionate about Justice! I miss how riled up he could me. Brian spoke of Rosie and their kids with great Love and Respect So sorry for your loss
brenda lavalley
So sorry that he was taken from all of us so soon, but thankful for all of the memories that we will always have. Love ya always Brian, Brenda.
Jim scott
Sorry for your loss I worked with Brian at Crown
View all