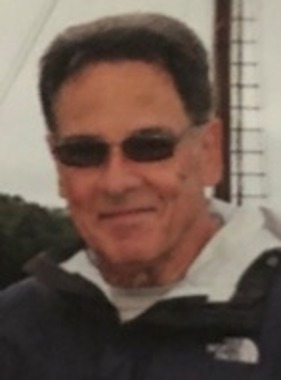 Derry, NH - Custode N. Stella, Jr., 77, of Derry, NH, died peacefully on January 11, 2020 after a lengthy battle with Parkinson's disease.
Born in Lawrence, MA on October 14, 1942, he was the son of Custode N. Stella, Sr. and Pearl (Gallien) Stella.
"Gus" graduated from Pinkerton Academy, Class of 1960. He attended Delaware State University and spent four years stationed at Dover Air Force Base in Dover, DE.
He worked his entire life in the chemical industry until he retired from Freudenberg NOK, Manchester, NH. At that point his life took him on a completely different career path. He began working at Pinkerton Academy for the "Work to Learn" program, working with special needs students. He loved working with the students, helping them learn a career and build independence.
He was an avid skier, biker, runner, and body builder. You could always find Gus on Cannon Mountain or Bretton Woods, running around town or having biking adventures. With no knowledge of soccer, he learned the skills that it took to be a certified coach so that he could be involved with his son's life. He was actively involved with the Maine-New Hampshire Chapter, Penn State University. For over 30 years, he cheered the chapter members on and did pushups for the Nittany Lion football team at the TV parties.
He loved to travel out west to Colorado, Wyoming and Montana and perfected his horse riding skills at several dude ranches. More than anything, he had a love for his family and pride in his son's accomplishments. His energy was never-ending.
Once diagnosed with Parkinsons, Gus became actively involved with local Parkinson's support group and the New England Parkinson's Ride. Both of these groups gave him much comfort.
"Gus" is survived by his wife of forty three years, MaryEllen (McMullen) Stella; his son Michael Stella and daughter-in-law, Katie (Francoeur) Stella, Derry, NH; three grandchildren; three sisters, and several cousins.
He was preceded in death by a son and a daughter.
SERVICES: Following cremation, funeral services will be private.
In lieu of flowers, the family is requesting that donations be made to the New England Parkinson's Ride, PO Box 1124, Merrimack, NH 03054 in Gus's honor. LIVE.RIDE.CURE.-
Arrangements are in the care of the Carrier Family Funeral Home, 38 Range Road, Windham, NH 03087. To leave a message of condolence, please visit www.carrierfuneralhome.com.
Published on January 15, 2020
To send flowers to the family of Custode N. Stella Jr., please visit Tribute Store.

Send flowers
in memory of Custode

Wayne Jacques
Gus was one of my favorite people. He and I coached soccer together and watched our kids grow up. Mary Ellen taught our son second grade. Our families were close. I am proud to say Gus was my friend and I miss him.
Brandon
My favorite coach
Chris DeSesa
I am an aide at Salemhaven and was heartbroken to learn of his passing! I hadn’t been on the 3rd floor long, but instantly hit it off with Gus! I am so sorry for your loss and he will surely be missed! My deepest condolences to your family!
Tee ( friend of family)
Our love and heart felt sympayhy to Gus's 2 sisters, god bless you both. Love T
Carmy Connerton. and son Ted Coletta (cousins)
Gus, his mom and dad, will always have a special place in our hearts. We will always remember our family gatherings and the wonderful times we spent together.
There was a special family bond.
Rest in Peace Gus.
View all