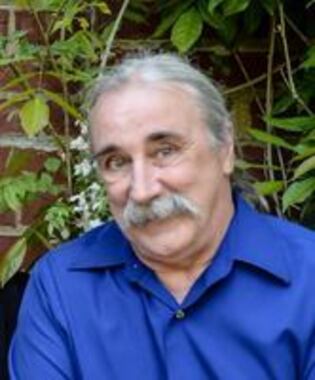 Back to Daniel's story

Plaistow, NH - Daniel James Carnes, age 61, of Plaistow, N.H., formerly of Merrimac, Mass., died Tuesday morning, February 11, 2020, unexpectedly at his home from natural causes.
Born in Haverhill, March 22, 1958, he was the son of the late Victor and Elizabeth (Smith) Carnes. He went to Haverhill High School, and was a custodian in the Merrimac school system for many years. Dan later went back to school at Computer Learning Center and Northern Essex Community College and became a computer network engineer. He worked for large corporations until he opened his own business Complete Computer Services.
In his spare time, "Dan" loved riding motorcycles with his friends, he enjoyed music and playing guitar. Dan was a dedicated family man, and he lived for his four grandchildren; they were his pride and joy, and held a very special place in his heart.
He leaves behind his wife of 37 years, Valerie Carnes; two daughters, Monica Carnes and boyfriend, Patrick Szymkowski, and Tara Aniello and husband Mark Aniello; four grandchildren, Kaelyn Fitzpatrick, Anthony, Angelo and Ava Aniello; three brothers, Victor Carnes and Jen Williams, Robert Carnes and Clara, and John Carnes and Linda; a sister, Phyllis Packer and husband William; several generations of nieces and nephews, along with many aunts, uncles, cousins, and dear friends.
Visiting hours will be Saturday, February 15, 2020, from 11 a.m. to 3 p.m. at the Highland Chapel of Paul C. Rogers Family Funeral Home, 2 Hillside Avenue, Amesbury, immediately followed by funeral services at 3 p.m. Burial at Hillside Cemetery, Haverhill, will be in the springtime.
Published on February 15, 2020
To send flowers to the family of Daniel James Carnes, please visit Tribute Store.

Send flowers
in memory of Daniel

A place to share condolences and memories.
The guestbook expires on May 13, 2020.

Rachel Cooke (Bailey)
Thank you for always being a wonderful friend to my father and being there for me throughout the years. I'll miss you and I hope that dad is there to meet you for a ride. Sending my love and condolences to Val, Monica, Tara and the rest of the Carnes family.
Joyce McCassie
R.I.P. Dan and fly high with the angels.
Audrey Musso
My deepest condolences for the Carnes family. You are all in my heart and prayers. So many people share your grief and loss. RIP Danny you are and will be greatly missed.
View all