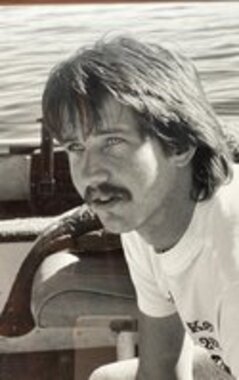 Florida - David A. DeAdder passed away in his Florida residence on November 13, 2019. He is survived by his son Ryan; his parents Robert and Doris; and his brothers Robert and William DeAdder; as well as nieces and nephews and numerous friends from his time living in Massachusetts, Connecticut, and most recently in Florida. David was born on November 29, 1963, in Lawrence, Mass., and grew up and graduated high school in North Andover, Mass. He was kind and outgoing and could make friends in any room he walked in to. He always did everything he could to help anybody and would go out of his way to make people smile, even if it was with just a quick compliment or a joke. He was an avid fisherman and outdoorsman. He will be greatly missed and fondly remembered by his family and friends. A private memorial service will be held in the spring.
Published on January 12, 2020
To plant a tree in memory of David A. DeAdder, please visit Tribute Store.

Plant a tree in memory
of David

A place to share condolences and memories.
The guestbook expires on April 10, 2020.

Bill Lamprey
I was David’s parents godson , and The memories I have were of him cleaning the pool, smiling and being really nice to a little kid. We’ll miss you David.
Alison Kent
The comfort of having a friend may be taken away but not that of having had one. My deepest sympathy. 🙏💔🙏
Ray Knight
David was always a good guy and liked by everybody.
May God bless his family and friends.
I'm sure there's s place in heaven for him.
Ruth (Lamprey) Houser
I am sad to hear of the passing of David. I have wonderful memories of our childhood playing on Phillips Court. You are in my prayers.
View all