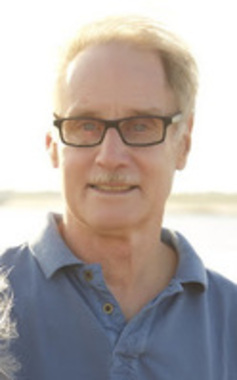 Haverhill, MA - David Demeritt, 69, of Haverhill, passed away on September 7, 2019, after a long battle with Alzheimer's disease.

David is survived by his wife Giulia; sons Clifford and John Demeritt and his wife Amanda; two grandchildren Kai and Nicholas Demeritt; his brothers, Clifford, Dennis, and wife Ellen; and sister Joy Ethier and husband Donald. He is predeceased by his parents Clifford E Demeritt and Margaret B (Flammia) Demeritt. David was a loving father, husband, and grandfather. The joy of his life was spending time with his grandchildren.

David attended Haverhill schools and graduated from Haverhill Trade School in 1968. He later went on to proudly serve as Petty Officer 2nd Class in the U.S. Navy from 1968-1972. During his service in Naples, Italy, he met his wife of 47 years Giulia Fronda who he later married in Portici, Italy, at the end of his time in the military.

After returning to Haverhill, David went on to work as a Machinist in the Aerospace industry where he had a long career. During those years he loved to hunt and fish at his vacation home in West Newfield, Maine. He was an outdoor enthusiast and loved to be outside any chance he could get. Later in life he spent most of his time enjoying his grandchildren who he loved very much.

A special thank you to the people at the High Pointe House, Merrimack Valley Hospice in Haverhill for their loving care and support during his final days.

A memorial gathering will be held on Thursday, September 12, from 4 to 7 p.m., at Dole, Childs & Shaw Funeral Home, 148 Main Street in Haverhill. Services under the care of Hamel-Lydon Chapel & Cremation Service of Mass., in Quincy. For more information and online condolences, please visit www.HamelLydon.com.
Published on September 10, 2019
To plant a tree in memory of David M. Demeritt, please visit Tribute Store.

Plant a tree in memory
of David

A place to share condolences and memories.
The guestbook expires on December 08, 2019.

Restore the guestbook to view the 2 more posts by family and friends, and share a memory or message of condolence of your own.