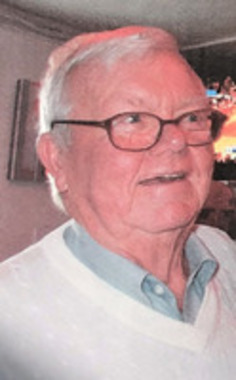 Leonardtown, MD - David "Sluggo" Walter Long, 81, passed away on December 22, 2019, in Leonardtown, Md. Born October 11, 1938, in North Andover, Mass., he was the son of the late Lillian Ruth Jackson Long and Everett Eastman Long.
David is survived by his loving wife of 45 years, Shirley A. Long whom he married on March 15, 1974 and his children Debbie J. Coady and her partner Keith McCann, of Pelham N.H., Carol R. Long of Wheeling W.Va., Sharon L. Holland of North Andover, and Kelley A. (David) Camire of North Hampton, N.H.; siblings Rae Hay of Thousand Oaks, California, Carol (Roger) Lawson of North Andover and Jackson Long of Laconia, N.H.; six grandchildren and two great-grandchildren. He was predeceased by his sons-in-law Daniel Coady and Brian Holland and his grandson, Daniel Coady Jr.
David attended North Andover High School, he moved from Virginia Beach to St. Mary's County in 1961. David served in the Navy from August 1956 to February 1975 retiring after 20 years of service. His duty stations included Lakehurst, N.J., Virginia Beach, Patuxent River, Md., Pensacola, Fla. and Naval Air Facility, Washington DC. While serving in the Navy, Dave earned the Air Medal, Navy Good Conduct Medal (4), Meritorious Unit Commendation Ribbon, National Defense Service Medal, Armed Forces Expeditionary Medal, Vietnam Service Medal, Combat Action Ribbon, and the Vietnam Campaign Medal with 1960 Device.
Dave was employed as a New Car Prep Manager at Bill Cairns Pontiac in Marlow Heights, Md. from 1975 to 1987. Dave belonged to the Fleet Reserve Assoc., he enjoyed recycling any type of metal, was a Washington Capitals fan and loved spending time with his family and socializing with friends.
Please join us in a Celebration of Life for David "Sluggo" at the VFW in North Andover, MA on January 25, 2020 at 4 p.m.
Published on January 14, 2020
To send flowers to the family of David Walter Long, please visit Tribute Store.

Send flowers
in memory of David

A place to share condolences and memories.
The guestbook expires on April 12, 2020.

Elaine Sheehan
I am sorry you lost your granddad Nicole. I am thinking of you and your mom. May his memory be eternal.
Hugs and lots of love,
Elaine Sheehan
Mark Kurtz
I worked for Dave at Bill Cairns Pontiac in 1975 - 76 when I was in school. He was a great man and always took care of his crew, as long as you did your job. Always funny and willing to help you out. I remember we had a bad snow storm one day and nobody could get out to school or work. Late in the day the roads were passable and I went to work and Dave had walked from his house to the dealership and cleaned the snow off of all the cars by himself. Quite a guy and a definite 'character'. Shirley I am sorry for your loss and wish you all the best.
-Mark Kurtz
Moe Foulds
Dave, from boot camp to meetings at Myrtle Beach we have great memories, may in rest in peace shipmate!!!
View all