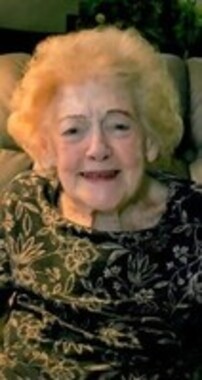 Back to Dorothy's story

Boxford - passed away peacefully at home on January 21, 2020. The daughter of Honore and Elizabeth (Edwards) Jean, she was born November 3, 1919 and graduated from Searles High School, Methuen. She later resided in North Andover and spent many years working at Rennie's Farm Stand and Florist Shop as well as the Western Electric Merrimack Valley Works (AT&T). She was a member of Eastern Star, Pioneers of America and the Elks Lodge.
She was predeceased by her first husband David Rennie, Jr and survived by her daughter Joyce Boyle and her husband Donn of Dunnellen, Fl, and their children Michael Boyle, Stephen Boyle, James Boyle, and several great-grandchildren and a great-great-grandchild. She is also survived by her son David J. Rennie and his wife Carol of Boxford and grandchildren Scott Rennie, Kerry Vega, and step grandsons Jon and Joel Ryan. A very special thanks to Laura who gave her many hours of joy and helped so much with her care.
She was also predeceased by her second husband William A. Todd and survived by his children James (Mary) Todd of North Andover, Cecelia (Paul) Wrobel of Deland, Fl ,Avrill (Richard) Blatchford of Lawrence and Elizabeth Bibeau of Methuen, his nine grandchildren and nine great-grandchildren.
She was predeceased by her brother and sisters Roland Jean, Mildred Gordon and Valerie Blauvelt and survived by many nieces and nephews.
Services will be held at Conte Funeral Home, 17 Third Street in North Andover MA on Saturday, February 1st at 11 AM
Published on January 28, 2020
To plant a tree in memory of Dorothy J. Rennie-Todd, please visit Tribute Store.

Plant a tree in memory
of Dorothy

A place to share condolences and memories.
The guestbook expires on April 26, 2020.

Mary DeGloria
I am happy she lived a long happy life.
We were cousins but I never met her.
She was related through the Bonnell family from Haverhill. May she rest in peace.
Bonnie King Donahue
Joyce, and Donn, So very sorry for the your loss. Wishing you wonderful memories of her life with you and her precious family members. Thoughts and prayers for you all.
Jack Bernazzani
Joyce, David and your families...
Our sincere condolences on the loss of your mother. She was a dear friend to our family for so many years! She was a very special woman!
Ron & Debbie Blauvelt
We have so many memories with Aunt Dorothy from the farm & florist in Massachusetts to camp in Maine, running into her at Ball Room Dancing and the condo in Florida.
Her zest for life will be missed.
The McEttrick Family
Dorothy was a part of our summer family in Brownfield, Maine. She was a remarkable, loving woman that we were happy to have in our family's lives. . She and Sis and Virginia were such fun. So sorry for your loss Joyce and David and your entire family. She was a 100 year old marvel we will miss forever.
Pam Jim Lacolla
So sorry for your family’s loss Thoughts and prayers to all of you
View all