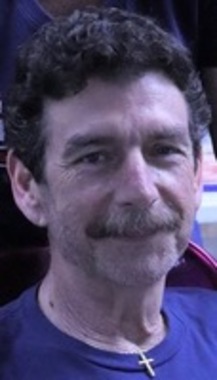 Back to Edward's story

Marlow, NH - Edward "Ted" R. McCartney, 61, of Marlow, N.H., lost his courageous battle with cancer on Dec. 4, 2019. Ted was raised in Lawrence, Mass., and graduated from the Greater Lawrence Regional Vocational Technical High School. He was a truck driver with PepsiCo for many years, later working for Patten's Auto & Truck Works in Newport, N.H. Ted was a volunteer fire fighter for the Marlow Fire Department. He was an avid hunter, fisherman, and all-around sportsman. He enjoyed motorcycling and snowmobiling. All of these activities were passions of his, especially because they were most often shared with his wife, daughter, brothers, and many of his nieces and nephews.
Ted will be lovingly remembered by his wife, Judy McCartney; his daughter, Jessa McCartney and her husband Clay Chase; his siblings, Jack and his wife Linda, Richard and his wife Joanne, David, Paul and his wife Rhoda, Kathleen and her husband Robert Camasso, Mary, Maureen and her husband Tony Mason and Stephen and his wife Diana; his father-in-law and mother-in-law, Paul and Janet Girard; his brothers-in-law and sisters-in-law, Paul Girard Jr., Joanne and Randy Fellbaum, Joan and Douglas Therrien, Janet and Robert Condon; and many nieces, nephews, great-nieces and great-nephews. He was predeceased by his parents, Sheila (Wrenn) and John McCartney and his brothers, Daniel and Michael McCartney.
Visitation will be on Wednesday, Dec. 11, from 3 to 7 p.m. followed by a service at 7 p.m. at Douglas & Johnson Funeral Home, 214 Main St., Salem, NH.
In lieu of flowers, donations in Ted's memory may be made to: St. Jude Children's Research Hospital, 501 St. Jude Place, Memphis, TN 38105, or www.stjude.org/donate.
Because Ted received blood numerous times, the family encourages anyone who wishes, to donate blood at an American Red Cross facility in Ted's memory.
To send a message of condolence to the family, please view the obituary at www.douglasandjohnson.com.
Published on December 9, 2019
To plant a tree in memory of Edward R. McCartney, please visit Tribute Store.

Plant a tree in memory
of Edward

Judith Gagnon
Ted will be dearly missed he was a very kind and gentle man.
Bill Vigneault
To Judy and Ed’s family so sorry to hear of his passing. Have a lot of good memories from working with him and after work playing softball and riding motorcycles. God bless!
Jim Savoy Methuen,Ma.