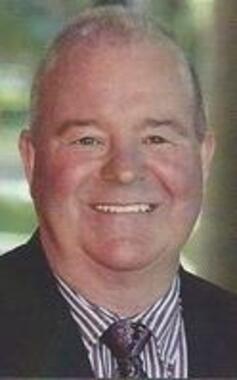 Back to Edward's story

Atkinson, NH - Edward F. "Eddie" Murphy, 58, of Atkinson, N.H., passed away unexpectedly at home on March 13, 2020.
Eddie was born in Wakefield, Mass., to Frances (Noonan) Murphy, and the late William Murphy. He attended elementary school in Northborough and Middleton, Mass. He also attended Masconomet Regional High School where he proudly played soccer and hockey, graduating in 1980. He continued his education at Bryant University in Smithfield, R.I., from where he graduated in 1984 with a bachelor's degree in Finance. At Bryant, he was an enthusiastic brother of Delta Sigma Chi fraternity. While a member, Eddie made many lifelong friendships, producing an abundance of stories that have been told so many times, that the wives in this circle of friends feel like they were actually there.
Eddie started his sales career with Robert Bosch Corporation. After a couple of years, he entered the employment recruiting service field working first for Corico in Salem, N.H., then opening his own firm, Power Search, Inc. He specialized in placing personnel in positions in the power generation field for most of his career. He was a proud and long time member of the national trade organization EGSA (Electrical Generating Systems Association) where he served on many committees and boards, ultimately becoming President in 2015.
Eddie's true passion was in coaching youth sports. He volunteered to coach with Masco Youth Hockey before he and Michelle even had children of their own. After his children were born and were old enough to join organized sports, he continued coaching with Masco for many years. He also spent countless hours as a coach with Timberlane Youth Soccer, Tornadoes Football and New England Moose hockey. He was an avid Bruins fan, holding season tickets at the old Boston Garden for many years. A true Patriots fan, he rarely missed watching a game.
He was an active member of Holy Angels Church of St. Luke the Evangelist Parish in Plaistow, N.H., and enjoyed his role as occasional lector.
Eddie loved the beach and he spent endless hours there vacationing with this family or taking long solo walks. He made friends everywhere he went, whether it was the local coffee shop, butcher shop, gas station, or front pew of church.
Eddie will be sadly missed and lovingly remembered by his wife of 33 years, Michelle A. (LeBlanc) Murphy; his son, Conor W. Murphy of Hampton, N.H.; his daughter, Erin N. Murphy of Atkinson, N.H.; and his mother Frances Murphy formerly of Danvers and Topsfield, Mass. He is also survived by his sister Tara Carr and her husband Tom of Hingham, Mass.; his brother Patrick and wife Jean-Marie of Grand Rapids, Mich.; his brother Billy of Dayton, Ohio. Additionally, he is survived by nieces and nephews William, Charlie, Sean, Samantha, Alex and Nicholas. He also leaves his mother-in-law Jeanne LeBlanc of Plaistow; and his sister-in-law Laurie Thompson of Wakefield, N.H.; an aunt and many cousins in the Worcester and Buffalo, New York, areas. He is predeceased by his father William T. Murphy; and his father-in-law Leon "Butch" LeBlanc.

Due to the ongoing health crisis, calling hours, funeral Mass and a Celebration of Life will be held at a later date. This notice will be published again at such time that the dates are known. In lieu of flowers, donations may be made to the American Cancer Society, 3 Speen St., Suite 250, Framingham, MA 01701, or to The Alzheimer's Association, MA/NH Chapter, 309 Waverly Oaks Road, Waltham, MA 02452. To send condolences to the family, please visit our website at www.brooksidechapelfh.com.
Published on March 25, 2020
To plant a tree in memory of Edward F. "Eddie" Murphy, please visit Tribute Store.

Plant a tree in memory
of Edward

Luke Dion
I'm going to miss you Eddie....A whole lot of special times and memories playing youth and HS hockey together, along with skating on the ponds and playing street hockey in front of your house in Topsfield. Lot's of laughs with you along the way too. I hope you are in peace and in the comfort of our Lord Jesus Christ.
Helen Goodwin
So sorry to read of your loss. Eddie was such a delightful dad! He adored you all. Often I think of you Michelle,Connor and Erin! LOVE, AUNTIE
The Rothwell’s
We are thinking of all of you during this difficult time. Enjoy and share all the special memories. He will always be with you. God Bless♥️
Edward Murphy
My condolences. I'm sure he was a fine man.
Jeff Schwartz
Delta Sig brother. Murph’s death was a real shock to me. He was the friendliest, most sincere person I have ever known.
Mary Connor
Dear Family,
I am deeply sorry for your loss. May you find peace in happy memories.
With lots of affection, Love, Mary
The Caito Family
We have such great memories of our time with Coach Murphy on the Moose hockey team. Ed was such a kind, funny and loving guy to all those kids. We will always cherish that time. Our thoughts are with your family.
Dinny
We will miss you Eddy. My love and prayers to you Michelle, Connor and Erin. So sorry for your loss.
View all 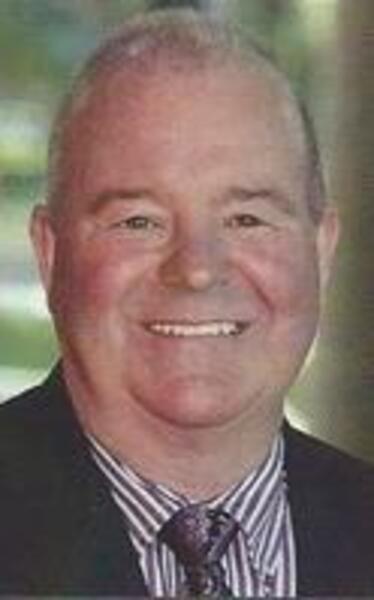