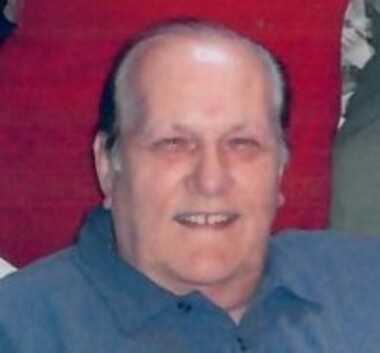 Back to Francis's story

North Andover - Francis E. "Frank" Smith, 75, of North Andover, died Tuesday, Dec 3, 2019, at his home in which his wife and him adored. Frank was born in Lawrence on April 16, 1944, to the late Stanley and Edna (Beaulieu) Smith. After marrying his devoted, late wife of 45 years, Christine Smith, they owned and operated several businesses in North Andover. Their love of animals led to their first business "The North Andover Aquarium" followed by "Smitty's" Ice Cream and Sandwich Shoppe. Frank owned racehorses. For years Frank enjoyed tending to the horses, including his beloved "Bullet" at Rockingham Race Track. Later in life before retirement, Frank returned to work in the tool and die trade at Screwmatic Corporation. He is survived by son Todd and wife Alyson (Kirby) Smith of North Andover. Sister Terry and husband Nelson Fitzpatrick of Fla.; sister, Sandy Nicoll of New Hampshire; brother, Paul Smith of Fla., and his pride and joy grandchildren, Caroline, Kirby, and Tyler Smith. Also among his survivors are sister-in-law Susan Northam; daughter-in-law Tammy (Wasicki) Smith Cieslik; as well as several nieces and nephews. Frank was a lover of life and family. He was always willing to lend a helping hand, as he had a knack for fixing things. He was a hard worker and always made sure to provide the best for his family. He will be missed by those who knew him. He was preceded in death by his wife Christine (Stamp) Smith; son, Frank W. Smith, and sister, Patricia Lajoie.
Funeral services will be held on Thursday at 9:30 a.m. at Conte Funeral Home, 17 Third St., North Andover. Family and friends may call on Wednesday from 5 to 8 p.m. at the funeral home. In lieu of flowers, memorial contributions in Frank's name may be made to The American Society for the Prevention of Cruelty to Animals.
Published on December 9, 2019
To plant a tree in memory of Francis E. "Frank" Smith, please visit Tribute Store.

Plant a tree in memory
of Francis

The Martin Family
To Todd, Alyson and Mr. Smith's beloved grandchildren,
Mr. Smith was a kind and helpful neighbor. We finally after years of my children begging got them a dog.
The very first day we brought our dog home, Mr. Smith came over with a dog house. Our dog lived passed her lifespan and used the doghouse until she died. This act of kindness was one of many he showed us as a neighbor. May God bless your family and his grandchildren that he loved and talked about so much.
The Martin Family
Lori O’Hearn Giaquinta
Todd and family, I’m so sorry for your loss. Sending my thoughts and prayers.
Louise Carlson
Deep Sympathy to the
Smith Family from
Louise Carlson & the
Carlson Family of North Andover
View all