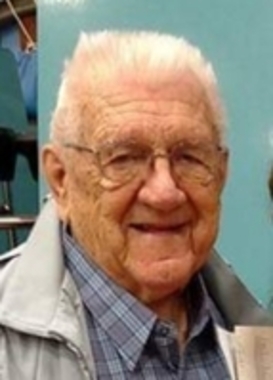 Back to Frank's story

Haverhill - Frank Joseph Schultz Jr., passed away Monday, December 2, 2019, in Haverhill, Mass., surrounded by his loving family.
Frank was born September 22, 1931, to his parents Frank and Mary Schultz. He was a 1949 graduate of Larksville High School, Larksville, PA. Frank Served in the United States Air Force and was employed by the Pennsylvania Department of Transportation. He married Celestine Kuharik in 1960 and they moved to Shavertown, PA where they lived for 38 years raising two sons Scott and Keith, and many pets over the years.
Frank was a caring husband, father and grandfather with a passion for life, sports, western movies and jokes and the occasional Crown Royal. Despite living in Massachusetts since 2007, he made a point to return numerous times over the years to attend St. John's bizarre where he gathered with friends to reminisce and enjoy his favorite foods... Pierogis, Potato Pancakes and pitchers of beer! While living in Pennsylvania, he was a faithful member of St. Vincent de Paul Catholic Church, Plymouth, PA. In August 2016, Frank and Celeste celebrated 56 years of marriage. His loving wife passed away later that year on December 4.
Frank Schultz is survived by his sons Scott, Montgomeryville, PA and Keith, Bradford, MA. as well as daughters-in-law Mary and Deb, and grandchildren Emily, Lauren, Matthew, Nicholas, Jillian and Jenna. He was preceded in death by his wife and granddaughter Maggie.
A memorial will take place on December 17, 2019, at 2 p.m. at Kielty-Moran Funeral Home, Plymouth, Pa. Frank Schultz will be buried Tuesday, December 17, 2019, at Chapel Lawn Memorial Park, Dallas, PA. Local arrangements are by the H.L. Farmer & Sons Funeral Homes, Haverhill & Bradford. To share a memory or for more information please visit www.farmerfuneralhomes.com.
Published on December 10, 2019
To plant a tree in memory of Frank Joseph Schultz Jr., please visit Tribute Store.

Plant a tree in memory
of Frank

Beautiful in Blue was purchased for the family of Frank Joseph Schultz Jr. by Marci wyant.  Send flowers

America the Beautiful was purchased for the family of Frank Joseph Schultz Jr. by Mike ONeal (old).  Send flowers

Darlene Randone
Keith and Family- so sorry for your loss.
Fabio Marzo

I am really sorry for you loss. I know how close you were to your father and what an influence he had on your life. Sincere condolences.