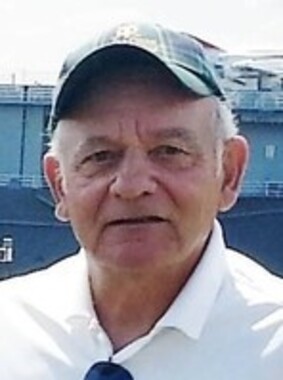 Salem, NH - James A. Sweet, 72, of Salem, NH died suddenly on December 7th at his home. Jim grew up in the Merrimack Valley, the son of the late Beatrice (Silva) and Charles Sweet. He served in the US Air Force. Jim was a self employed contractor and owned James A. Sweet Roofing.
He was a talented shooter. He was a member of numerous Rod and Gun Clubs in the Merrimack Valley. Jim was a talented trap and skeet shooter and he competed in numerous shooting competitions. He won several State Championships and twice won the National Championship. Jim was an avid golfer and played in several mini PGA tours in Florida. He competed annually in the Old Rogers Golf Tournament. Jim was an avid outdoorsman and enjoyed hunting and fishing. He enjoyed playing poker with his "support group" on Thursdays.
Jim will be sadly missed by his son and daughter-in-law, James and Phyllis; his beloved granddaughter, Samantha, who was his Princess; his two brothers, Charles and wife Doris and John and several nieces and nephews. He was predeceased by his wife Sharon (Flowers) Sweet.
Calling hours will be on Thursday, December 12th from 3:00 PM - 7:00 PM at Douglas & Johnson Funeral Home, 214 Main St., Salem, NH. The Funeral Service will be held on Friday at 10:00 AM at Douglas & Johnson Funeral Home. Cremation will follow and a private inurnment will be held at a later date.
To send a message of condolence to the family, please view the obituary at www.douglasandjohnson.com
Published on December 10, 2019
To plant a tree in memory of James A. Sweet, please visit Tribute Store.

George McGibbon
To my friend "Jim Sweet ". (RIP) l had many good adventures and travels with you when we were younger. I would like to say "Thank You " for your friendship. I would not be the person I am today if you and Arthur didn't guide down the right path. I'll never forget.
Musty and Irene Nour
Jimmy, Phyllis and Sam,
We are so very sorry to hear about this. He was a loveable teddy bear. We enjoyed so many July 4th cookouts in the back yard with him and your mom.
He will be missed by many....
Irene and Musty
Kathi Fortinash, Menifee CA
I was once married to James's cousin Bill Sweet and knew his dad Charlie and his mom "Beedie" and other Sweet and Silva relatives. My brother Richard Ventrillo also knew many of James's relatives. Our condolences to the family. May James rest in peace.
View all