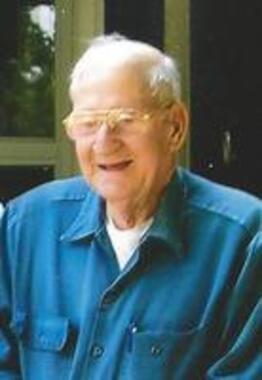 Cape Coral, Florida - John H. Hartmann, 91, a resident of Cape Coral for the last six years and a former longtime resident of Haverhill, died February 09, 2020 at Hope Hospice in Cape Coral.
Born in Manchester, NH, son of the late John B. Hartmann and Mary (Hatch) (Hartmann) Robinson, he was raised and educated in Groveland, MA, and moved to Haverhill in 1948. He served honorably in the U.S. Navy and Naval Reserve from 1947 until his honorable discharge in 1955.
Mr. Hartmann was employed for many years as an auto body repairman at Regan Ford and MacGregor-Smith Motors as well as at other Haverhill dealerships and later worked as a custodian at Haverhill City Hall until his retirement.
Mr. Hartmann was a member of Local 285 of the City Workers Union, a life member of the Crescent Yacht Club of Bradford, a life member and Past Commodore of the American Legion Post # 4 of Haverhill, and a fifty-year member of Saggahew Lodge F & AM of Haverhill and the Allepo Shrine of Boston.
Predeceased in 2014 by his loving wife, Helena (Viens) Hartmann, he will be sadly missed and lovingly remembered by a son and daughter-in-law, William B. and Karen Hartmann, of Cape Coral, FL, a daughter-in-law Diane Hartmann of Atkinson, NH, a brother, Edward Hartmann of Bradford, MA, sisters, Ruth Sullivan of Haverhill, Carol Wilson of Lawrence, Marie Gouin and her husband Paul of Haverhill, Carol McKown of Colorado, and Linda Robinson, seven grandchildren, Andrew Hartmann, Christopher Hartmann, Melissa Hartmann, Angela (Hartmann) Beaz, Justin Hartmann, Noah Hartmann, and Shane Matton, five great-grandchildren and several nieces and nephews. He was predeceased by his son, John H. Hartmann, Jr. and a brother, Lawrence Hartmann.
Relatives and friends are invited to call on Friday, February 14, 2020 from 4 to 7 p.m. at Berube-Comeau Funeral Home, 47 Broadway, Haverhill, MA. His funeral will be held on Saturday, February 15, 2020 at 9 a.m. from the funeral home with a Mass of Christian Burial at 10 a.m. in All Saints Church, Bellevue Avenue, Haverhill, followed by rendering of Military Honors by the U.S. Navy. To send a message of condolence to the family, please visit www.berubecomeau.com.
Published on February 13, 2020
To send flowers to the family of John H Hartmann, please visit Tribute Store.

Send flowers
in memory of John

A place to share condolences and memories.
The guestbook expires on May 12, 2020.