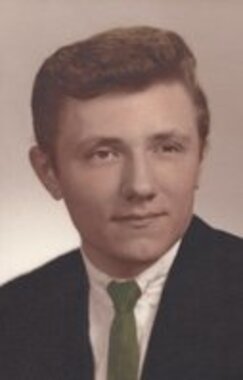 Salem, NH - John W. Uzdavinis, 75, of Salem, N.H., died peacefully on Friday, Nov. 29, at High Pointe Hospice House in Haverhill, Mass. The son of the late Stella (Dekiaviczus) and John Uzdavinis, John grew up and was educated in Lawrence, Mass. After high school, John immediately began his career as a printer. For the next 48 years, he worked as a flexographic printer, with the last 30 years at Spear New Hampshire. He was very proud of his work, talking often about his many projects, and he was recognized for his work ethic, quality craftsmanship, and excellence. John was an avid sports fan and a fantasy sports enthusiast. It wasn't unusual to find him juggling several football teams, following dozens of individual players, and playing for league championships! He also enjoyed bowling, playing 45s with his family, traveling, and spending time with his grandsons. John will be sadly missed by his beloved wife of 55 years, Theresa (Gaudet) Uzdavinis of Salem, N.H.; his children, Gary Uzdavinis of Easton, Mass., and Lori Weaver and husband Peter of Concord, N.H; his sister-in-law, Jeanne Uzdavinis of Salem, N.H.; his two grandchildren, Cole and Cade Weaver; and several nieces and nephews. He was predeceased by his brother, Stanley Uzdavinis.
A funeral Mass will be Friday, Dec. 6, at 10:30 a.m., at St. Matthew Parish, 2 Searles Rd., Windham, NH. In lieu of flowers, donations in John's name may be made to: MSPCA, 400 Broadway, Methuen, MA 01844. Douglas & Johnson Funeral Home, 214 Main St., Salem, NH, is assisting the family with the arrangements. To send a message of condolence to the family, please view the obituary at www.douglasandjohnson.com.
Published on December 2, 2019
To plant a tree in memory of John W. Uzdavinis, please visit Tribute Store.

Plant a tree in memory
of John

A place to share condolences and memories.
The guestbook expires on February 29, 2020.

Donna M. Kattar
Terry,
So sorry to hear about John's death.
Please accept my deepest sympathy. May God be with you & your family. Take care.
Donna
View all