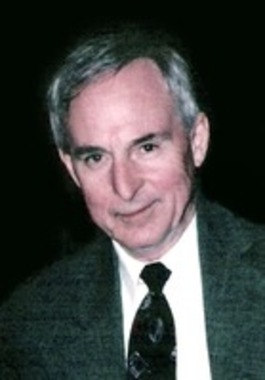 Back to Lawrence's story

Methuen - Lawrence J. Caffrey, 86, a longtime Methuen, MA resident passed away peacefully on Monday, December 9, 2019 in the presence of his loving family. He was the husband of A. Geraldine (Cottone) Caffrey, with whom he shared fifty-nine wonderful years of marriage.
The son of the late Laurence and Anna (Grzejka) Caffrey, Larry was born and educated in Lawrence and graduated from Central Catholic High School, class of 1951. Shortly after graduation, he enlisted in the United States Air Force and served during the Korean War. Upon his honorable discharge, he returned to the Lawrence area and was employed by Raytheon in the Engineering Dept. as an electrical technician for thirty-six years.
In 1960, Lawrence married the love of his life, Geraldine, and the two soon settled in Methuen, where they raised their family. Not one to sit idle, Lawrence was an avid runner and a longtime member of the Methuen Knights of Columbus, 4027, the local YMCA, and the Salem Athletic Club. He enjoyed solving many a crossword puzzle, especially those most challenging. Despite truly enjoying all of these events, one thing is certain, he loved spending time with his wife and children, and later on his grandchildren, more than anything in the world. Always present at their sporting events, he was there to offer a hand or an ear when needed. Lawrence was happiest in the company of his family, especially during the holidays.
Predeceased by his precious grandchildren, Lauren K. Caffrey and William O.H. Caffrey, Lawrence was also predeceased by his two sisters, Patricia Traniello and Claire Gervais.
In addition to his wife Geraldine, Lawrence is survived by his two sons, Stephen M. Caffrey and his significant other Shawna Amanatian of Methuen and Daniel T. Caffrey and his wife Colleen of Hampton, NH; grandchildren: Kellie E. Caffrey, Michael L.W. Caffrey, Cameron J. Caffrey, and Cara L. Caffrey; daughter-in-law, Ellen T. Caffrey; sister-in-law and brother-in-law, Brenda and Jeffrey Joaquim; God-daughter, Erica Sander and her husband Benedikt; and many nieces and nephews.
Relatives and friends are respectfully invited to attend visiting hours from 4:00-7:00 PM on Thursday, December 12, 2019 at Cataudella Funeral Home, 126 Pleasant Valley Street in Methuen. A funeral mass will be celebrated at 11:00 AM at St. Monica Church, 212 Lawrence Street in Methuen. Interment will follow in Immaculate Conception Cemetery, Lawrence. For directions or to send condolences, please visit www.cataudellafh.com.

Plant a tree in memory
of Lawrence

A place to share condolences and memories.
The guestbook expires on March 09, 2020.

noonie and judy Costello
We shall always keep Larry in our prayers and in our hearts forever.He was truly a great guy and we shall love him always.
Catherine Brien dinardo
Love you Colleen and Dan. In my thoughts and prayers .
Joyce Peters Healey
Gerry and family please accept my sincere expression of sympathy on the loss of your husband Larry.
You and your family are in my thoughts and prayers!
Ray & Pru Maczuba
We will always remember Larry. He lived by the golden rule..."Do unto others as you would have them do unto you." He will be missed.
View all