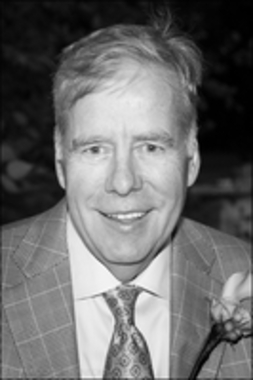 Back to Patrick's story

Naples, FL - Patrick S. O'Keefe of Naples, Florida, died Wednesday, December 11, 2019, at the age of 66. He was retired as the chief executive of Watts Water Technologies, a publicly-traded manufacturer of valves and plumbing products in North Andover, Mass. Born in Troy, N.Y. in 1952, Pat spent his early life in Watervliet, N.Y. and Buffalo, N.Y. He was a graduate of Canisius High School and Canisius College, both in Buffalo and started his career there as a certified public accountant at Price Waterhouse. After earning an MBA from the Kellogg School of Management at Northwestern University in Evanston, Ill., Pat lived and worked throughout North America as a senior executive of companies involved with the manufacturing and distribution of plumbing and building products. Pat's career brought him and his family to Evanston, Ill.; Rogers, Ark.; East Greenwich, R.I.; Montreal, Quebec; St. Louis, Mo.; Atlanta, Ga.; and Andover, Mass. As CEO of Watts Water Technologies from 2002 to 2011, Pat transformed the company from a successful family-run business to an international organization with $1.3B in annual sales and operations in 11 countries. Pat was known for his approachable leadership style; he had an open door policy and often ate lunch in the company cafeteria with employees of all levels. His favorite lunch - peanut butter and jelly sandwiches - was served as hors d'oeuvres at his retirement party in 2011. After his retirement, Pat moved to Naples, Fla., where he embraced life in the sunshine state by playing tennis and bocce. He was also an avid gardener. Pat is survived by his beloved wife, Winnie (Zylka) O'Keefe, to whom he was married for 40 years. He was the adored father of Megan O'Keefe Madden and her husband Jason, Caitlin O'Keefe, and Patrick S. O'Keefe Jr.; and the loving grandfather of Caroline Madden. He was the son of the late John and Jennie (Shaw) O'Keefe Jr. and the brother of Dennis O'Keefe, John O'Keefe III, Timothy O'Keefe, Mary Ellen O'Keefe, the late Daniel O'Keefe, Peter O'Keefe, Mary Clare O'Keefe, and Paul O'Keefe. Visitation will be on Friday, January 24, from 4 to 7 p.m., at Parker Brothers Memorial Funeral Home, 2013 Broadway, Watervliet, N.Y. A Mass of the Christian Burial will be held at 10 a.m. on Saturday, January 25 at St. Pius X Church, Loudonville, N.Y. Interment will follow in St. Patrick's Cemetery, Watervliet. In lieu of flowers, contributions in Pat's memory may be made to the Michael J. Fox Foundation for Parkinson's Research.
Published on January 19, 2020
To plant a tree in memory of Patrick S. O'Keefe, please visit Tribute Store.

Plant a tree in memory
of Patrick

A place to share condolences and memories.
The guestbook expires on April 17, 2020.

Julie Weaver
I enjoyed working with Pat at Watts and was often a part of his lunch group. He took the time to know his employees and was always available to discuss an issue or explain something to me. Please accept my sympathies on your loss at this difficult time.
Bonnie Glazier
My deepest sympathies to Winnie and the family. Not all CEO’s would think to sit with their employees for lunch, but Pat did. Enjoyed our visit to their home in Naples. Peace and love to the family. Michele Stanley
RIP Patrick, you were number 1 in my book, a great leader, a great mentor and one of the most honest and trusting individuals I had the pleasure of working for!!! You were truly missed from Watts during my last few years there. May God bless your family and I. pray the fond memories of your life with them will help them through this time of sorrow.
View all