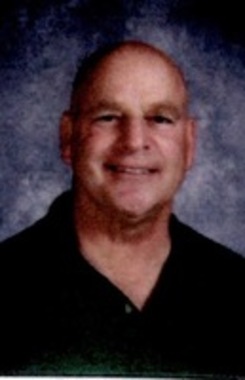 Back to Phillip's story

North Andover, MA - Phillip Capodilupo of North Andover passed away on Friday, December 13, at High Pointe House in Haverhill after a long struggle with heart disease.
Phil was predeceased by his parents, Ernest and Edna Abbott, of North Andover.
Phil was born in Chelmsford, but most of his life was spent growing up in North Andover, the town he loved. Phil was a 1972 graduate of North Andover High School where he was a captain on the wrestling team, played football and track, and was in the band for four years. He was voted Class Gentleman, not a surprise to all who knew him. Phil majored in Physical Education/Health at Springfield College, graduating and entering his career of Physical Education teacher in 1976. Phil was also a member of the wrestling team at Springfield. Phil later received a master's degree in Education from Cambridge College.
Phil's teaching career took him to East Hanover and West Orange, New Jersey for eight years. In Massachusetts he taught at Ayer Jr./Sr. High School, Georgetown Jr./Sr. High School and North Andover High School. Phil finished his teaching career at Doherty Middle School in Andover, the job he loved the most, and retired in 2012. He also coached various school sports through the years, including wrestling and track and field.
Phil loved sports, reading and traveling. An avid runner in his younger days, he ran in many road races over the years, and finished two marathons. Phil's passion was definitely his photography, taking thousands of pictures. Phil could be spotted with a camera in his hands at every event he attended and the memories he captured were enjoyed by many people. Spending time with family and friends was of great importance to Phil and he brought joy to many.
Phil liked to volunteer whenever he could. He greeted returning veterans at Pease in Portsmouth, N.H. He was a dedicated Sept. 11 blood donor every year at Fenway. He helped volunteer at various sporting events over the years. Phil was always ready to offer comfort and support to family members or friends whenever it was needed during difficult times.
Phil is survived by his sister, Judith (Abbott) Accardi and her husband Anthony of Haverhill, siblings, James Capodilupo, Edward Capodilupo, and Cheryl Capodilupo, loving nieces and nephews and many close friends. Phil will be missed by many people and irreplaceable.
Calling hours will be on Monday, December 16, from 4 to 7 p.m., at Conte Funeral Home, 17 Third Street, North Andover, MA. A service will be held on Tuesday, December 17, at 11 a.m., at Conte Funeral Home. Burial will be private for the family. In lieu of flowers, donations can be made to Nevins Farm, an MSPCA facility, in Methuen, Mass., in Phil's name.
Published on December 15, 2019
To plant a tree in memory of Phillip Capodilupo, please visit Tribute Store.

Plant a tree in memory
of Phillip

A place to share condolences and memories.
The guestbook expires on March 13, 2020.

Mark
Barbara Callard
Phil will always have a special place in mine and my family memories. I had known Phil since high school but it was a real pleasure to meet up with him when he coached the MVS kids program. The confidence he inspired in all the children he worked with was incredible. Thank you Phil for sharing your gifts.
Cheryll Capodilupo
My brother was so very special. We grew up on different playing fields. I finally saw him when he was the quarterback at NA High. I was in awe. Phil always wanted to reunite us siblings. We had many great times and some sad as with our mom's passing. Reading all his many achievements in the paper gave me goose bumps. Over the years he spent Christmas day with me and our brother Jimmy. He would always visited Eddie. He loved our children, his nieces and nephews. When my daughter died Phil became really involved. He came over every Wednesday and helped my grandchildren with home work, took them to Friendlys and the movies. He loved the movies. He loved taking pictures. He printed the picture...s! He made everyone the best cards, magnets, ornaments, etc., with the pictures. So very thoughtful. Although our playing fields were different when we were young, we were so much alike it was fabulous. I will always love my brother Phil ❤❤❤❤Read more
George Silva (class 2002)
In life, we exchange with countless personalities, someone's passing is never pleasant; having been a student of Mr. Caps for 4 years and seeing him now and again passing him walk-jogging in NA- this man had all the qualities of a great man; selfless, happy, and positive. My sincerest condolences to those who were close. His love and respect for fellow man is passed on through his interactions. Guy always had a smile on.
Cindy & Tom Ratcliffe
Especially difficult to hear of a classmate and particularly good person’s passing around the holidays.. knowing many people will miss this sweet man.. sending our love to Phillips family at this time.
View all