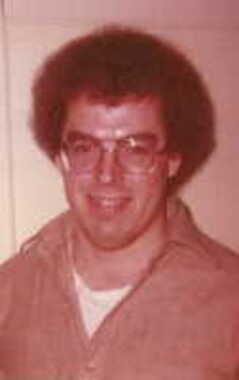 Back to Robert's story

Westford - Robert L. Milnes, age 62, of Lowell, Massachusetts, and formerly from Haverhill, Massachusetts, died on January 17, 2020, in Lowell after a short illness.
Bobby was born in Haverhill in 1957 and graduated from Haverhill High School. In his early 20s, he had a small sailboat which he enjoyed sailing on Lake Winnipesaukee in New Hampshire. But he then found himself confronted by severe and disabling mental illness. He never complained, even though the life he led for the next 40 years was not the one that he would have chosen for himself. Through it all, he remained close to his family and especially to his mother, with whom he spoke regularly to exchange the latest news on the Red Sox. He enjoyed his daily walks.
Bobby is survived by his mother Pauline Milnes Shuka; siblings Richard and Betsy; step-siblings John, Cathy and Ellen; five nieces and nephews; and eight grand-nieces and grand-nephews. He was predeceased by his father, Richard Milnes Sr.; and step-father, John Shuka.

There will be no funeral service. Instead, the family will hold a private memorial at a future date. Bobby was loved and will be remembered. For online condolences please visit www.tyngsboroughfuneralhome.com. Arrangements by Tyngsborough Funeral Home, 4 Cassaway Dr., Tyngsborough.
Published on January 21, 2020
To plant a tree in memory of Robert L. Milnes, please visit Tribute Store.

Plant a tree in memory
of Robert

A place to share condolences and memories.
The guestbook expires on April 19, 2020.

Ann Harrington Lagasse
So sorry to hear about Bobby’s passing and the challenges he faced in life. I was a classmate of his at Haverhill High and I remember as a friendly nice guy. We will provide a tribute to him at our reunion in August. Ann
Karen Codair Perreault
So very sorry to hear of Bobby’s passing, may he Rest In Peace. ❤️🙏
View all