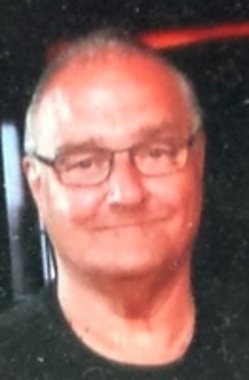 Back to Robert's story

Robert F. "Bob" White, Sr., 79, of Pelham, New Hampshire passed away peacefully on Saturday January 11, 2020 at his son John's home in Pelham with his loving family by his side.

Born in Lowell, Massachusetts, September 10, 1940, a son of the late Roland E. and the late Josephine (Riley) White, he was an 11th Generation Mayflower descendant.

Bob attended Brighton schools and was a graduate of Brighton High School in the Class of 1957.

A veteran of the U.S. Army, Bob proudly served his country during the Vietnam War.

Prior to his retirement, he was a mail handler for the U.S. Postal Service for over 38 years in Boston.

A passionate historian, Bob was a member of the General Society of Mayflower descendants and the Winslow Heritage Society.

An avid bowler, he volunteered for the Pelham Police as a crossing guard in Pelham for many years.

He was also the brother of the late Josephine Walsh and the late Frankie White.

Friends may call at the PELHAM FUNERAL HOME 11 NASHUA RD. in PELHAM from 10 A.M. to 12:00 P.M. Friday morning January 17, 2020 followed by his Funeral Service in the Funeral Home at 12 Noon. His burial will follow at the Gibson Cemetery. E-condolences/directions at www.pelhamfuneralhome.com. Those wishing may make contributions in his memory to Pelham Good Neighbor PO Box 953, Pelham, NH 03076. Arrangements by Funeral Director James F. O'Donnell, Jr. (603) 635-3333.
Published on January 15, 2020
To plant a tree in memory of Robert F. White, please visit Tribute Store.

Plant a tree in memory
of Robert

Louise Scanzani
Prayers are with you and your family.
Annemarie Roth
Bob was a wonderful person. He always put other people’s feelings before his own. I will forever be grateful to have known him and be considered his friend. My sympathies to your family.
View all