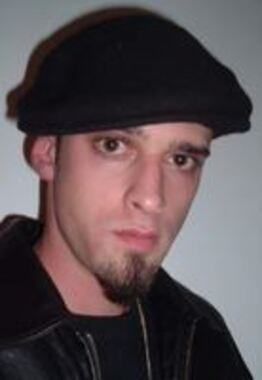 Back to Ryan's story

METHUEN - Ryan Franklin Covey, 31, of Methuen, who lived life at its fullest, could often be found in the winter on a snowboard and in the summer on a skateboard, passed away unexpectedly at home on February 3, 2020. "Covey" as he's affectionately known to his many friends and large family was born in Haverhill on September 28, 1988. Graduating from Methuen High School with the Class of 2007, he attended UMass Lowell and Northern Essex Community College. While in school with the JROTC Ryan attended the Leadership Camp at Norwich University. He was a communicant for Saint Monica's Parish in Methuen. Always cherishing his community, Ryan was a member of the Essex St. Projects Reunion, which he attended almost every fall with family and friends.
Ryan was devoted and selfless, often to a fault, as he had a heart of gold. He was often helping out neighbors and friends whenever he could. Ryan also had a soft spot for animals and enjoyed playing with the family dog Tedy and enjoyed having fish as pets.
For many years he was employed by The Salvation Army during the holidays as a bell ringer no matter what the weather conditions. Ryan had an untiring work ethic and enjoyed working with children. He had worked at Bradford Ski Hill as a snowboard instructor which combined the two. Also, more recently he worked as a merchandiser for Premium Retail during the past year, where he was a highly valued and model employee.
Ryan touched many lives in many different circles. He will be sorely missed, and his memory will be cherished by all, especially his young cousins who he adored and had started teaching the skills of skateboarding.
Ryan is survived by his beloved parents; his father, Ronald G. Covey and his wife Shela of Methuen, and his mother, Caryn J. Gmyrek of Salisbury. He was the cherished brother to Timothy Mooneyhan of Fitchburg and his stepsiblings, Anton Pritchard Jr. and Ellen M. Pritchard both of Norfolk as well as Michael McTaggart of Amesbury. Ryan is also survived by many aunts, uncles, and cousins. He was predeceased by his grandparents; Robert & Tina Covey and Paul and Gail Gmyrek as well as his aunt Diane Gmyrek and his uncle Michael "Hawk" Bourgoin.
Visitation for Ryan will be held on Sunday, February 9, 2020 from 12 to 3:30 p.m. at the Kenneth H. Pollard Funeral Home, 233 Lawrence Street, Methuen. Friends and family are cordially invited to attend. A funeral service which will be held at the conclusion of calling hours. In lieu of flowers, please consider making a donation in Ryan's memory to the Brain Injury Association of Massachusetts, 30 Lyman St, Suite 10, Westborough, MA 01581. To leave an online condolence or for directions, please visit www.pollardfuneralhome.com. The Kenneth H. Pollard Funeral Home is proud to serve the Covey family.
Published on February 7, 2020
To send flowers to the family of Ryan F. Covey, please visit Tribute Store.

Send flowers
in memory of Ryan

A place to share condolences and memories.
The guestbook expires on May 06, 2020.

Philip Erickson
My deepest condolences to you Ron and family for your loss. Praying for you and your family.
DJG
So So Sorry to hear of Ryan's passing this morning. My Thoughts and Prayers to his Family and ALL his Friends - And to All that came to know him over the years.

Rest In Peace Ryan.
Mike and Hannah
Hannah and I are so sorry for your loss. Ryan was such a wonderful young man. He will be dearly missed. Prayers for you and the family!
View all