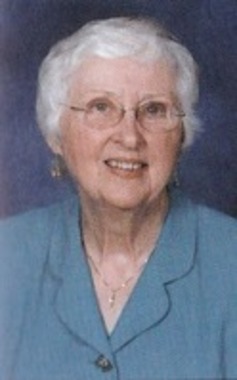 Back to Sybil's story

Brewster, Ma. - Six days after her 90th birthday party, Sybil Audrey Messineo passed away peacefully in her home on October 31, with her daughter Janet by her side.
Sybil was born in Market Deeping, England, on October 25, 1929. She was the only child of Frederick Charles and May Smith Saxelby.
During WWII, Augustine Paul Messineo, (Gus) an American soldier met her while serving in Peterborough, England. They married and came to the United States. On May 1st, 1946. Sybil came to New York City aboard the Alexandria, with hundreds of other war brides, with her infant, son, Paul, in her arms. Gus was there to greet her, and they travelled to Lawrence, Massachusetts where they settled in the veteran's projects. She became an American citizen on September 18, 1953. While raising their two children, Paul and Janet, they worked together to build a house in New Hampshire and moved to Salem in 1955.They spent the remainder of their working days in Salem, both employed at the Western Electric Company. In 1982, after they retired, they moved to Brewster on Cape Cod. They loved clamming, golfing, and working in their gardens. Sybil golfed with the 9-Hole Ladies league, she was a member of a quilting group, and the Ladies Guild with Our Lady of the Cape church, collected Toby Mugs, and she loved working around her home and yard. She was known for her whiskey cake. She left her family and friends with many beautiful handmade quilts and needle point art.
Sybil was predeceased by her loving husband Gus in 2000, after 55 years of marriage. Survived by a son, Paul Messineo of Concord New Hampshire and his children, Thomas and Joseph Messineo, of Concord New Hampshire. A daughter, Janet Messineo-Israel and her husband Tristan Israel of Vineyard Haven and their son Christopher Israel of Fort Lauderdale, Fla. She was also survived by two great- grandchildren, Trevor Messineo of Concord and Justin Messineo of Royal Palm Beach Florida. She is missed by her neighbors and dear friends, Bea, Cindy, Dave Lois, Cynthia, Greg, Nadia, Josh, Scott, Faith, Dick, Gerry, Bob, Bill and Nancy.

A burial service will be held at the Massachusetts National Cemetery in Bourne on April 29, 2020 at 11 a.m. She will be laid to rest with her husband Gus on his birthday. In lieu of flowers donations can be made in her memory to VNA Hospice of Cape Cod, 255 Independence Drive, Hyannis 02601.
Published on November 30, 2019
To plant a tree in memory of Sybil Audrey Messineo, please visit Tribute Store.

Plant a tree in memory
of Sybil

A place to share condolences and memories.
The guestbook expires on February 27, 2020.