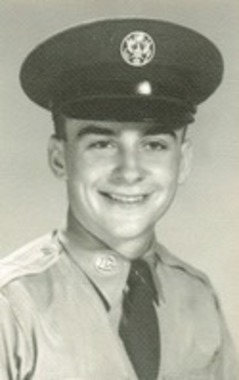 Back to William's story

Windham, NH - William John Benner, 81, of Windham, N.H., passed away Monday January 20, 2020, at High Pointe Hospice in Haverhill, Mass., surrounded by his loving family. He was born in Philadelphia, Pa., on September 21, 1938, a son of the late William and Margaret (Myers) Benner. William was a U.S. Air Force veteran. He worked as an airline pilot for U.S. Airways while simultaneously operating his own landscaping business. Flowers and plants were Bill's passion. After his wife Donnie passed away in 2018, he enjoyed frequent trips out to eat with family and friends. Some of his favorite places to dine were Friendly Red's Tavern in Windham, Jamison's in Hampstead, T-Bones and Outback Steakhouse. Bill was respected and admired by many of the people he has met in his lifetime.
He is survived by his daughter, Lori Ann Benner-Andrus and her husband Brett of Kingston, N.H.; one sister, Arlene Hickey of South Carolina; as well as two nephews and one niece. He was predeceased by his beloved wife Donnie F. (Jackson) Benner in 2018 and his son William Benner in 2001.

There are no calling hours. Following cremation, memorial services will be held at a later date. William will be laid to rest at the Atkinson Cemetery, Atkinson, N.H., with his wife and son. Memorial contributions may be made in Bill's memory to a charity of one's choice. To send a condolence or for more information, please visit, www.peabodyfuneralhome.com.
Published on January 26, 2020
To plant a tree in memory of William J. Benner, please visit Tribute Store.

Plant a tree in memory
of William

A place to share condolences and memories.
The guestbook expires on April 24, 2020.

Sally Cook - 12 Wynridge Road
Lori,
I am so sorry about your father passing. He was such a wonderful man and always helping me when I had a question.
Please let me know when there is a service. I will tell marilyn Morash
of Wynridge as she wants to know.
Take care and please let me know scook@candsmeetings.com
Very best to you, Sally
View all