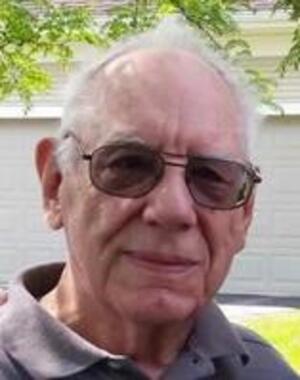 Back to William's story

Salem, NH - William Frederic "Bill" Lavoie, age 91, passed away at home in Salem , NH on February 24, 2020 after a long illness. Bill was born and grew up in Salem and attended Salem schools, graduating from Woodbury High School in 1946.
Following high school he enlisted in the U.S. Army, serving from 1946-49. Although trained as a paratrooper, he was assigned to serve in the U.S. Economic Mission to Greece. After his honorable discharge from the Army, he attended college on the GI Bill, studying at Merrimack College, then at the University of New Hampshire where in 1954 he received the degree of Bachelor of Science in Business Administration, with a concentration in Accounting. He then went on to earn a Master of Arts in Economics in 1956 at UNH. As a graduate student he was inducted into the UNH chapter of the National Social Science Honor Society, Pi Gamma Mu.
Upon completion of graduate school, he accepted employment with Western Electric in North Andover, MA, subsequently known as AT&T Technologies. He held various upper level management positions in Finance and Manufacturing during a long career there, retiring in 1989. Bill was active in town affairs, serving on the Salem Budget Committee, including 4 years as its chairman, and serving on the Board of Selectmen. He also served the town as a call firefighter and secretary for the Fire Department.
He was a member of community organizations, including the Derry-Salem Elks Lodge and the Salem Lions Club. In 2001 the Lions Club International Foundation awarded him their highest honor, the Melvin Jones Fellowship, in recognition of a commitment to humanitarian service. He was a Lion for fifty years. He was a long-time officer and loyal supporter of the Sound-A-Bouts polka band fan club and its charitable projects. He was a long-serving member of the Salem/Woodbury Hall of Fame Committee and was inducted into the Salem/Woodbury Hall of Fame himself in 2011. Bill was a member of the American Legion and AMVETS. He was a long-time member of the congregation of St. Joseph Church in Salem.
Bill was respected and loved by those who knew him as a kind, generous, and selfless person. He was a devoted husband, father, grandfather, great grandfather and uncle. Family was everything to him. He especially enjoyed summer cookouts with family and friends on Arlington Pond. He was an avid reader, reading three newspapers daily, as well as reading many books on military history and railroading. He was a model train enthusiast. He loved to listen and dance to big band and polka music. His family will always remember the fun of the Sound-A-Bouts polka dances and polka weekends in the White Mountains. He was a loyal fan of Boston's professional sports teams, and a long-time season ticket holder for the UMass Lowell River Hawks hockey team, often traveling the country to attend away games with his two sons. He was predeceased by his parents, Raoul and Mildred (Marsha) Lavoie, sister Julia Lavoie and brother Charles Lavoie.
He is survived by his wife of 66 years, Beatrice (Mawson) Lavoie, and his children: Dr. Marsha Lavoie and her husband, Jonathan Logee, of East Woodstock, CT; Cathy Lavoie Griffin and her husband, Thomas Griffin, of Acton, MA; Judith Lavoie-McCue (late husband, Mark McCue) and her companion, Richard Dunkelberger, of Lewes, DE; Robert Lavoie and his wife, Beth Bell Lavoie, of Windham, NH; and Stephen Lavoie and his wife, Eleanor Quimby Lavoie, of Chester, NH. He is also survived by eight grandchildren, eleven great grandchildren, three nieces, five nephews and many cousins.
Visitation will be on Friday, February 28th from 4:00 PM - 8:00 PM at Douglas & Johnson Funeral Home, 214 Main St., Salem, NH. The Funeral Mass will be celebrated on Saturday, Feb. 29th at 12:30 PM at St. Joseph Church, 40 Main St., Salem, NH. Everyone should meet directly at the church by 12:15 PM.
In lieu of flowers, the family suggests memorial donations to Home Health & Hospice Care, 7 Executive Park Dr., Merrimack, NH 03054 or Salem NH Lions Club - Camp Pride fund, P.O. Box 294, Salem, NH 03079. To send a message of condolence to the family, please view the obituary at www.douglasandjohnson.com
Published on February 26, 2020
To plant a tree in memory of William F. "Bill" Lavoie, please visit Tribute Store.

Plant a tree in memory
of William

A place to share condolences and memories.
The guestbook expires on May 25, 2020. 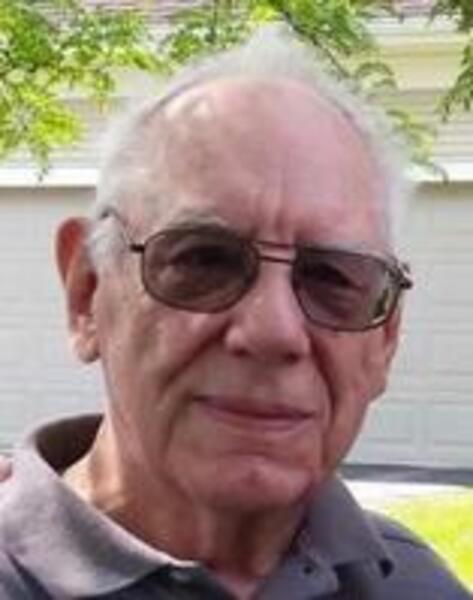